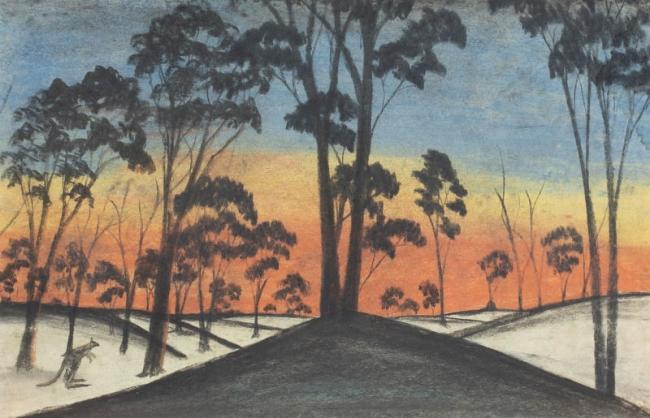 As a child, Revel Cooper began to make art at the Carrolup River Native Settlement, controlled by the Department of Native Affairs. Teachers Noel and Lily White encouraged the students to draw and paint. The works became well-known after Mrs Florence Rutter, bought some drawings and then toured the works to Europe and the United States of America. The works produced at Carrolup in the 1940s became known as the Carrolup School of Art and highlight the history of the Stolen Generations. Revel Cooper made work all throughout his life and continued to do so when he lived in New South Wales and Victoria. Revel Cooper became a role model and influenced well-known Yorta Yorta artist Lin Onus. This artwork was made in 1949 and donated to the Shire of Katanning by Murray Meharry in 2009. It is soft pastel on paper. Revel Cooper 1933 - 1983.

The Katanning Art Gallery is one of the largest galleries in the Great Southern region. In particular, the gallery promotes Western Australian artists, with changing exhibitions through out the year... 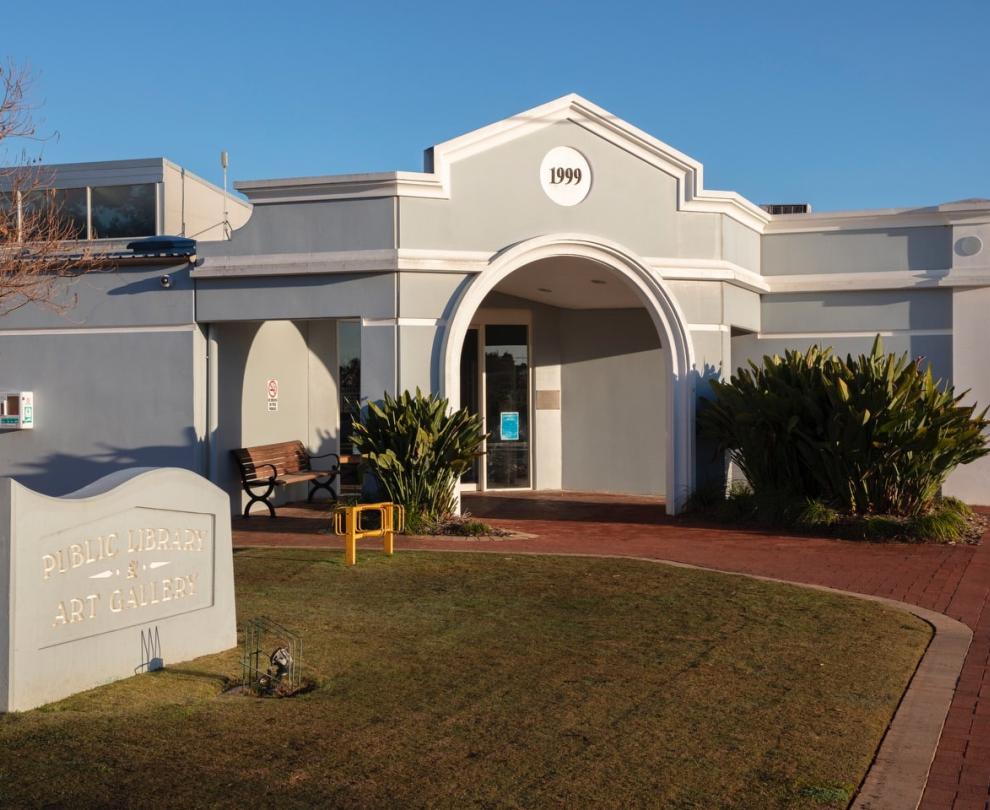 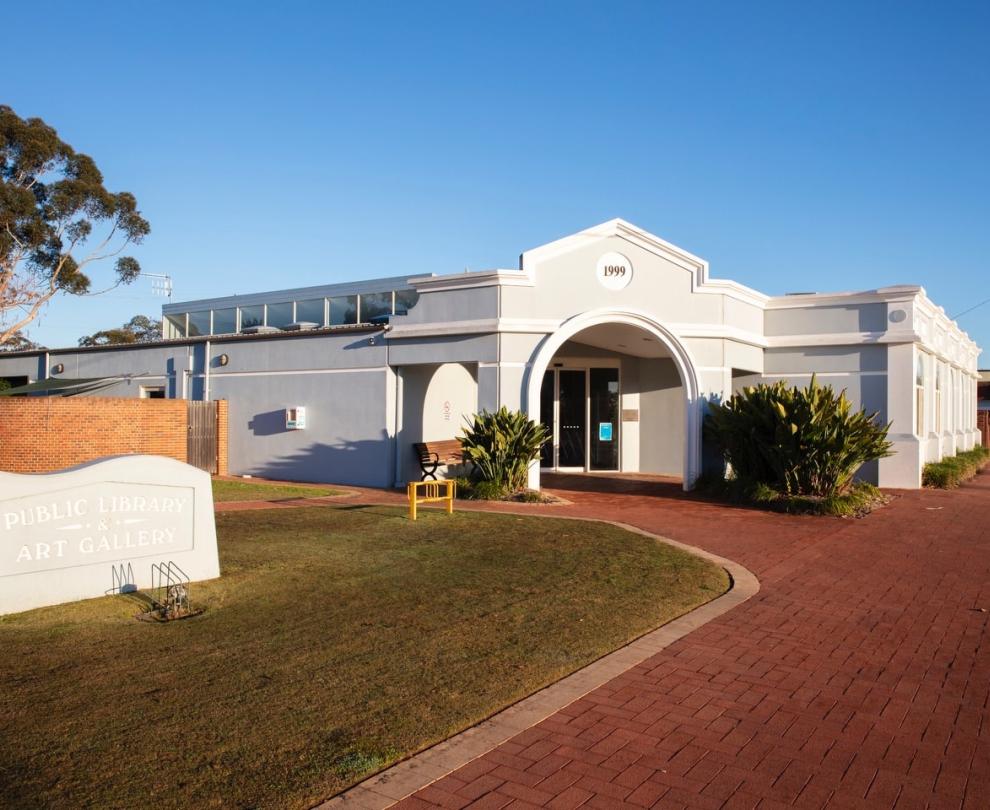 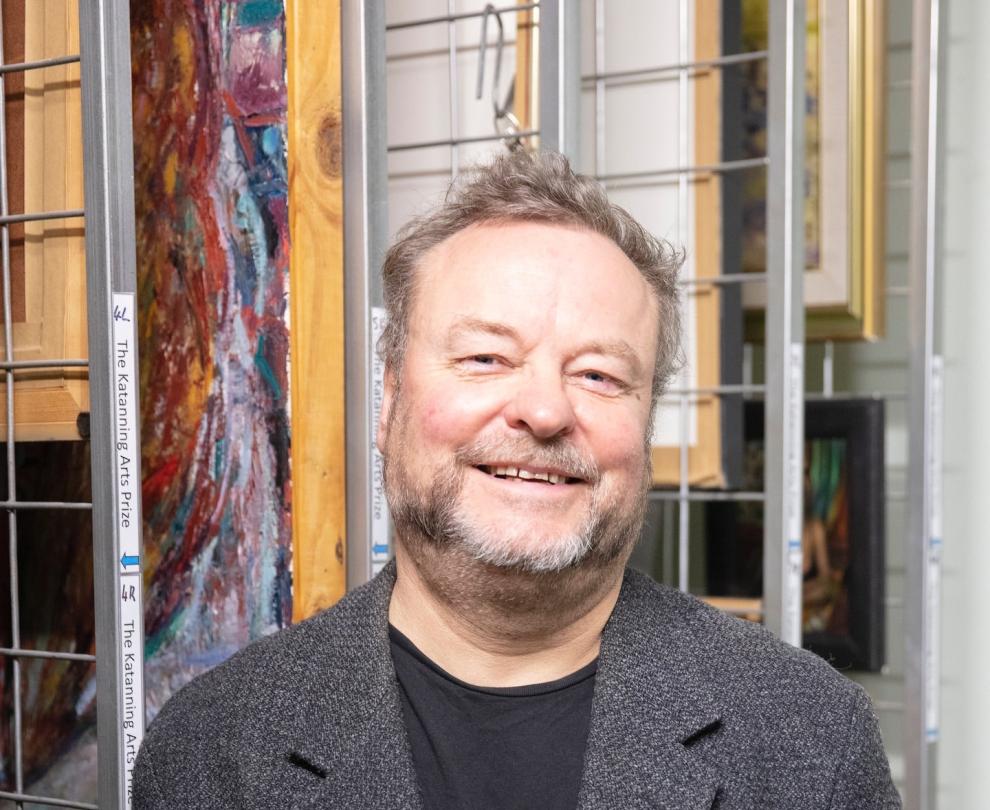 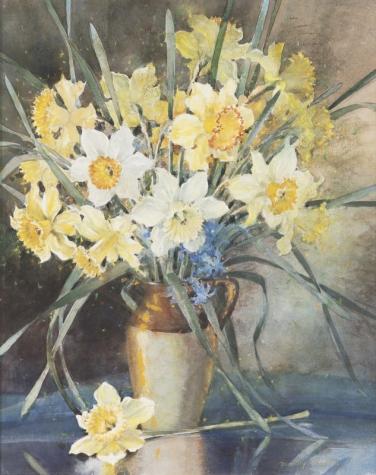 Fire of Spring by Dorothy Hanton

Dorothy Millicent Hanton (1906 - 1986) was well known for her floral display paintings. This watercolour painting on paper was made in 1950 and the Shire of Katanning acquired it through the Claude...

Joyce Winsley (aka Yorga Moorntuk ) (1938 – 2001) and a group of women created a craft group in Narrogin, Western Australia, which quickly gained a wide profile. Joyce’s sculptures are made...